There are always those who seek to contain and capture rare Pokémon—and there are those who would protect these special Pokémon from evil forces. Forty years ago that very thing occurred when Celebi found itself fleeing a vicious hunter, and a young Trainer named Sammy rushed to the rescue. They vanished—becoming yet another strange legend that the townspeople tell.

In the present day, Ash and friends arrive in the forest, and while the story of Sammy and Celebi might seem like just that at first—a story—they find out the truth when both boy and Pokémon turn up again! Though both recover from their harrowing ordeal of forty years past, things aren't necessarily getting better—there are still people looking to capture Celebi! This time it's the Iron Masked Marauder, and his plan might just be the cruelest one yet. He's equipped with Dark Balls, which make any Pokémon captured in them mindlessly obedient and evil. Can Ash, Sammy, Misty, and Brock withstand the power of a possessed Celebi, and restore it to its true self?

A mythical Pokémon which is known to be the protector of the forest. The plants grow strong and healthy at parts of the forest where Celebi appeared. It also has the special ability to time travel. Celebi met Sammy coincidentally when it was being chased by Pokémon Hunter from all over the world 40 years ago. A legendary Pokémon which is known as the reincarnation of the Northern wind with the ability to purify dirty water. It cooperated with Ash and friends to save Celebi. Woke up with evil power after being captured by Iron Masked Marauder with a Dark Ball and attacked Ash and friends aggressively. As the youngest among the 4 girls in her family, Misty has an unyielding personality and does things at her own pace. She embarks on her journey to become an excellent water type Pokémon Trainer. One of the top executives of Team Rocket who tries to conquer the world by capturing Celebi. A boy who likes to observe Pokémon. With his sketchbook in hand, he met Celebi during his journey just as Celebi time travelled 40 years into the future. A grandmother who has always been watching over the forest of Arborville and comes to the aid of Ash and friends when they fought with Iron Masked Marauder. A girl who guides Ash and friends around in the forest. 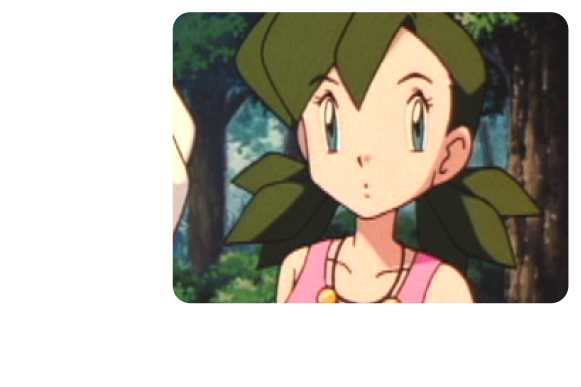 A Pokémon Hunter who chased to capture Celebi at Voice of the Forest 40 years ago. 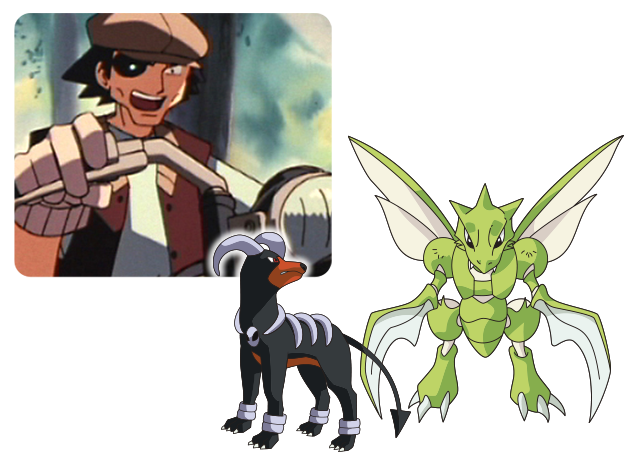 At a giant beachside mansion, Pikachu and some of its buddies decide to play a game of hide-and-seek. Pikachu is “it,” and it goes off in search of its friends. Meanwhile, Larvitar, sick of being all by itself, kicks a rock in anger. The rock hurtles through the air—and hits a lawnmower, turning it on and sending it tearing off after Pikachu and its friends! The group draws the lawnmower into a maze and even gets it into the water, but the lawnmower just keeps on chasing. The Pokémon build a road out of logs, hoping to get the lawnmower into a shack, but Psyduck trips and ruins the whole setup. How will the friends ever escape the lawnmower? This fantasy will have you on the edge of your seat! 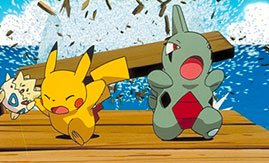 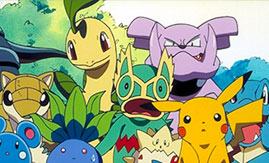