A Nendoroid set to commemorate the Pokémon 20th Anniversary!
From 'Pokémon Red/Green' comes a Nendoroid set of the main character Red as well as his rival, Green! The outfits have been carefully designed to recreate the nostalgic designs of the original games in Nendoroid size, and a backpack and Pokéballs are also included with the set. The Mythical Pokémon Mew is also included with the two trainers! Enjoy recreating some epic battles between the two rivals! 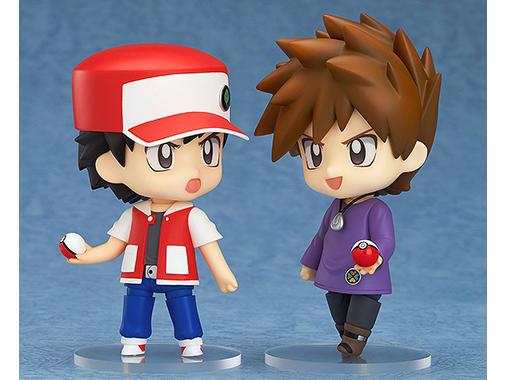